I've been running a sociology experiment the last 2 months or so.
I won't bother to explain the details. They don't matter... yet.
I won't bother to explain the plan. It will be evident in time.
I'm not even going to share my conclusions.
In fact, I'm going to tell you that every "event" may have been the result of correlation, not causation.
In other words, maybe it's all just co-incidence.

I've been learning what it means to be a man. I think, over the course of this blog, that's been the undercurrent of what I've shared in this space. It's the unifying theory that ties this whole thing together. I've always said that this blog was to allow the reader to get to know me. I think it was also to let me get to know myself. Who am I? I am a man. I want to be a Godly man. I want to be the man I believe God created me to be. And for the last 2 months, that's what I've tried to be. I didn't try to "act" like a man, although occasionally, that's how it started in some situations. I tried to be the man I felt I should be, free of outside expectations, but with the realization that outside expectations may respond, negatively or positively to the man I was becoming.

So what did "being a man" look like? I'm not saying. That's my secret. I'm sure you can figure it out for your self.

I wasn't sure what to expect. I honestly just thought I may gain some self confidence. That did happen but that was just the beginning. Maybe a lot of the "events" that happened during this time would have happened anyway. Maybe not. What I did notice is that people started giving me a lot more respect. They deferred to me more often. They complimented me more often. Men acknowledged me more often than I was used to. Women as well. But in different ways. Professionally, I received opportunities I would have never thought possible.

Men would seek out my opinion.
Some made comments such as, "Have you been working out?" (And no, I haven't)
Women seemed to be much more giggly and bashful and blushing around me. (More than I am used to)
Friends and co-workers have been lining up to fix me up with their "hot" friends. I have had about 4 or 5 offers to fix me up with someone, and that's not counting a couple of women at church plotting to fix me up as well. I have no idea how their nefarious plans are progressing. (One of their husbands gave me advanced warning)
I have just been offered a new position at work which provides me with a better schedule and the opportunity for advancement beyond what I thought was possible. I accepted. I am now managing a segment of a company worth over $10 million, with over 40 employees. It is a subsection of a company worth approximately $100 million dollars that has been named one of Canada's 50 Best managed companies. This is an opportunity I would not have expected for at least another 10 years.
My spiritual life seems... better, if that makes any sense.
I am happier.
I am more confident.
I am more of my self.

Coincidence? Maybe. Maybe not.
Posted by Clinton at 11:24 PM 4 comments: 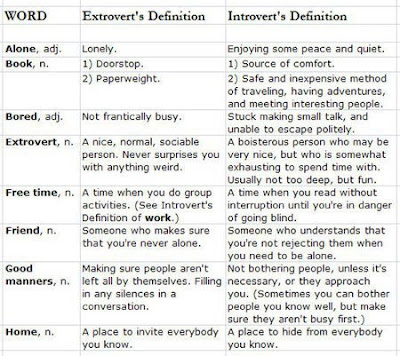 I've been off from work for almost 4 weeks and I'm so tired. I'm looking forward to going back just so I can take a break from everything I've been doing. It's been a good 4 weeks. I had some minor elective surgery, started attending a new C&C group, a new small group, youth group and a lot of smaller social gatherings in addition to completely renovating my house. I'm taking this afternoon off to do nothing. It feels good. Really good. I'll have to remember to do this more often.
Posted by Clinton at 5:26 PM No comments:

Email ThisBlogThis!Share to TwitterShare to FacebookShare to Pinterest
Labels: Diary

Morpheus: I imagine that right now you're feeling a bit like Alice. Tumbling down the rabbit hole?

Neo: You could say that.

Morpheus: I can see it in your eyes. You have the look of a man who accepts what he sees because he's expecting to wake up. Ironically, this is not far from the truth. Do you believe in fate, Neo?

Neo: 'Cause I don't like the idea that I'm not in control of my life.

Morpheus: I know exactly what you mean. Let me tell you why you're here. You're here because you know something. What you know, you can't explain. But you feel it. You felt it your entire life. That there's something wrong with the world. You don't know what it is, but it's there. Like a splinter in your mind -- driving you mad. It is this feeling that has brought you to me. Do you know what I'm talking about?

Morpheus: Do you want to know what it is?

Morpheus: The Matrix is everywhere, it is all around us. Even now, in this very room. You can see it when you look out your window, or when you turn on your television. You can feel it when you go to work, or when you pay your taxes. It is the world that has been pulled over your eyes to blind you from the truth.

Morpheus: That you are a slave, Neo. Like everyone else, you were born into bondage, born inside a prison that you cannot smell, taste, or touch. A prison for your mind. (long pause, sighs) Unfortunately, no one can be told what the Matrix is. You have to see it for yourself. This is your last chance. After this, there is no turning back.

(In his left hand, Morpheus shows a blue pill. A red pill is in his right hand.)

Morpheus: You take the blue pill and the story ends. You wake in your bed and believe whatever you want to believe. You take the red pill and you stay in Wonderland and I show you how deep the rabbit-hole goes. Remember -- all I am offering is the truth, nothing more.

(Neo takes the red pill and swallows it with a glass of water. Neo passes out and wakes up aboard the Nebuchadnezzar.)

Morpheus: Have you ever had a dream, Neo, that you were so sure was real. What if you were unable to wake from that dream. How would you know the difference between the dream world and the real world?

Morpheus: Far from it.

Morpheus: You've never used them before.

I decided to renovate a house. And by renovate I mean completely gut and rebuild. As it turns out, it is a little more involving than I thought. I'm almost at the halfway point and I'm exhausted. I can't say I'm a handy man by nature, more by design, and effort. A lot of effort. It's not a skill that comes naturally to me, but besides eating, most of the skills I possess did not come naturally to me. I had to work on them and practice a lot. This house is very demanding because there is a steep learning curve and I don't exactly want my attempt at roofing or removing a supporting wall to be "practice". I kinda want it to be professional grade. Like my literal appetite, sometimes my eyes are bigger than my stomach.

Oh well. That's how I grow as a person. If I always stayed within my comfort zone (which was infinitesimally small growing up) I would not have gone away to school. I would not have taken flying lessons or scuba lessons or gone skydiving or swimming with sharks or even write a blog for that matter. I would not be the person I am today. And I like me, big appetite and all.
Posted by Clinton at 9:40 AM No comments:

Email ThisBlogThis!Share to TwitterShare to FacebookShare to Pinterest
Labels: Diary

The Pursuit of Better

We talked for 3 hours. It was good. One of the thoughts that came up was his pursuit of better. Simply stated, in all our lives there are areas we could improve on, and want to improve on. And so he is actively pursuing a level that is better than where he is currently at. I decided I want to run with that idea as well. Some areas of my life are very easy to improve on. Some areas I have taken real action to bring improvement. However, the one area of my life I want to develop, seems so difficult because it is not tangible. How does one improve spiritually? I remember an old Sunday School song from back in the day...

I've got the prayer part down (although there's always room for improvement). But it's the reading my bible daily that I always seem to struggle with. And what other ways are there to grow spiritually? James (the guy from the bible, possibly Jesus' brother) says, "Those who consider themselves religious and yet do not keep a tight rein on their tongues deceive themselves, and their religion is worthless. Religion that God our Father accepts as pure and faultless is this: to look after orphans and widows in their distress and to keep oneself from being polluted by the world.

That's about it for now.

I'm pursuing better.
Posted by Clinton at 8:21 PM No comments:

Ya, it's a couple days after Easter. Originally I wasn't planning on doing an Easter post. Then I came across someone else's post who said something I wanted to share. I guess if you want a statement on the theology of Easter, who better to turn to than a Christian / fiction author / economist.


Happy Easter!
Posted by Clinton at 6:30 AM No comments:

This will be my last post on why I dislike most "Christian" music (worship songs in particular).

I'll begin by saying that I don't hate all "Christian" music or worship music, just half of it. Admit it, you know every other song is pretty much identical. Same progression, timing, words, "feeling". Ugh. Apparently I'm not the only one who's thought this.

I apologize if the following video offends anyone. (But it's true.)

You can listen to the whole song by clicking here (if you really want to).

Now compare that to some of the "classics".